Neelagandan obtained his Ph.D. in the field structural biology from the Centre of Advanced Study in Crystallography and Biophysics, University of Madras. His doctoral research was aimed at understanding the structural basis for the low oxygen affinity hemoglobins. In 2009, he moved to the Bioinformatics Institute, A*star, Singapore, to carry out his post-doctoral research where he studied the membrane bound enzyme complex, GPI transamidase, that catalyzes the posttranslational attachment of the carboxy-terminus of a precursor protein to a GPI-anchor. Later he was promoted as a senior research fellow in the year 2015 at the same institute and pursued research on the structure, mechanism and regulation of peroxiredoxins and peroxiredoxin reductases, the most vital thiol-dependent antioxidant system ubiquitously found across bacteria, archaea and eukarya. He then moved to the School of Biological Sciences, Nanyang Technological University, Singapore, where he worked on the structural characterization of the F1FO-ATP synthase and cytochrome oxidases from mycobacteria, with an aim to design inhibitors to target these enzyme complexes. He has primarily used X-ray crystallography, small angle X-ray scattering and electron microscopy along with a range of other biophysical (ITC, DLS, MALS, CD), biochemical and molecular biology techniques to characterize the biological macromolecules and their interactions. Till date, his research has resulted in 24 original research articles published in peer-reviewed journals.

Neelagandan currently leads the structural biology team at CCBT integrating structural biology and biophysics into the Chemical Biology program. The main objective of his team is to resolve the structures of target proteins and understand their interaction with their cognate partner proteins/peptides and novel drug-like small molecules to facilitate structure-guided rational design. 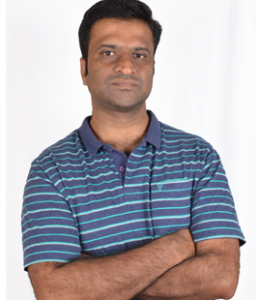