For three days, from the 7th till the 9th of March 2016, the Institute for Stem Cell Biology and Regenerative Medicine (inStem), Bangalore, took a brief pause in scientific endeavours to reflect on its achievements. The campus wore a festive air all through the event. There was laughter and eager discussion as the inStem faculty members readied themselves for their talks during the Annual Review of Research. Students and other researchers filled the seats of auditoria and thronged the poster sessions, expecting to hear about the work at inStem and hoping to take away new ideas from fruitful discussions.

The event was launched with a speech by Prof. Satyajit Mayor, the Director of inStem and NCBS (National Centre for Biological Sciences), who outlined briefly the progress made by the Institute and a new collaborative project that has culminated in the Accelerator program for Discovery in Brain disorders using Stem cells (ADBS). The ADBS program is a multi-institutional effort involving inStem, NCBS and the National Institute of Mental Health and Neurosciences (NIMHANS) in an effort to integrate clinical medicine with basic researchfor novel solutions in diagnosis and treatment of neuropsychiatric disorders. Prof. Mayor ended his speech with the hope that the broad theme-based atmosphere at inStem will continue to nurture scientific progress at its current exciting pace.

The Annual Review of Research began with presentations by the inStem faculty members on all three days. These talks were characterised by the researchers’ palpable curiosity and passion for their specific subjects. Each presentation highlighted not only the individuality of the research group’s findings, but also contributed unique perspectives to the wider theme-based collaborations they belonged to. Studies that spanned scales from nano-level molecular interactions to stem cell characteristics and whole-organism behaviours integrated their findings towards understanding major, complex scientific problems.

The last day of the Annual Reviews featured talks from the the Centre for Stem Cell Research (CSCR) operational at the Christian Medical College (CMC), Vellore. These presentations highlighted the impact that stem cell research can have on patient lives and the immense value of such undertakings.

The post-lunch poster discussions were a major part of the event. Over 90 posters from various research groups were displayed at the Southern Laboratory Complex (SLC) Colonnade. Faculty members, students and post-doctoral fellows had intense discussions on their scientific techniques, approaches and results. These sessions were much appreciated by faculty members and visiting scientists who were appreciative of the quality of work displayed on posters and the enthusiasm of the students and postdocs explaining them. The last seminars on all three days featured talks by the Scientific Advisory Board (SAB) members. Prof. Azim Surani (University of Cambride, UK), Prof. Francesco Blasi (IFOM, Italy) and Prof. Mriganka Sur (Picower Institute for Learning and Memory, USA) gave much appreciated scientific lectures about recent work from their research groups.

"This year's instem Annual Review of Research (ARR) had some exceptional talks, and it was very exciting to hear many stories that had developed all the way to completion. Many of these stories required the coming together of multiple PIs at inStem, reflecting the truly collaborative and collegial scientific environment on campus. There's going to be an explosion of fantastic stories coming out in print from inStem this year, and that is an exciting sign for a young institute," says Sunil Laxman, one of the faculty members from inStem.

"The instem ARR has been a spectacular experience for me and my lab. As a new PI (Principal Investigator) and with a relatively young laboratory, this was our first event to project our science. The event also showcased the research going on at inStem for the first time and it gave me a totally new perspective on the work in my colleague’s groups. Even though we may meet and discuss science everyday, the seriousness of their work coupled with the presentation has left a long lasting impression in my mind. More so, for students, I think the poster sessions allowed them a moment to rediscover their work and science during their own poster discussions. Overall, it has been a very enriching experience. I look forward to the next one now," says Tina Mukherjee another faculty member from inStem. 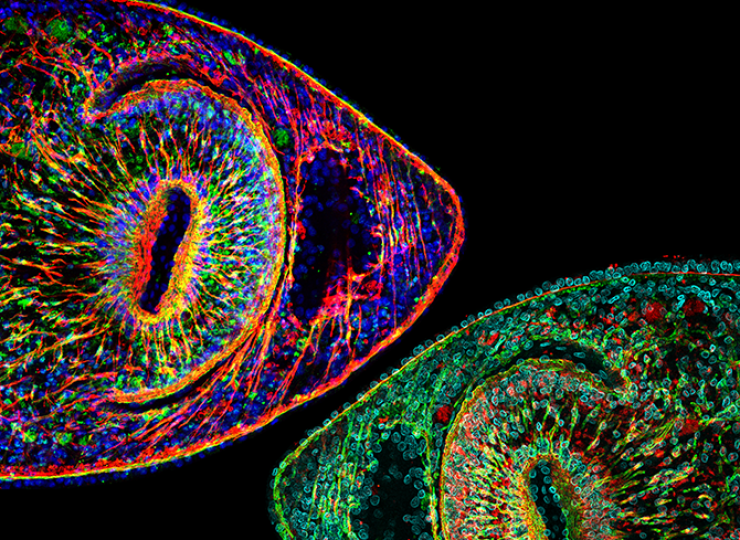